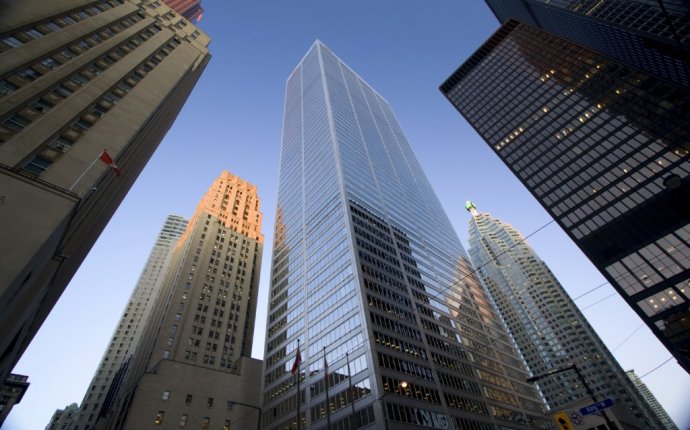 National Bank of Canada has set a goal of being a “Top 3” Canadian investment bank within five years, setting up a showdown with bigger rivals as the Montreal-based lender seeks to win more business from the nation’s largest companies.

“We think we can compete, ” Yanick Blanchard, head of corporate and investment banking at National Bank Financial, said in an interview at the firm’s Toronto office. “We have the critical mass now and the scale to go after the entire space."

National Bank, the country’s sixth-largest lender with C$232 billion ($178 billion) of assets, said it’s seeking to gain relationships with bigger Canadian companies by leveraging its growing balance sheet and expanding areas of coverage while maintaining ties to medium-sized businesses. It’s a tall order for a small firm that ranks behind dominant players such as Royal Bank of Canada and Bank of Montreal in almost every investment-banking category.

“I would expect it to be a rough ride, " said John Kinsey of Caldwell Securities Ltd. in Toronto, who oversees about C$1 billion including bank shares. “It’s a tough road with RBC and BMO, and the other banks aren’t too shabby either."

National Bank has long been a go-to lender for Quebec firms but a much smaller player beyond its home turf. The firm spent the past six years wooing mid-sized companies around the country in areas including mining and energy, mostly competing against smaller advisers like Canaccord Genuity Group Inc., GMP Capital Inc. and Cormark Securities Inc.
Outside Quebec, National Bank targeted companies valued at less than C$3 billion, and by 2014 was eclipsing boutique firms on winning deals. Still, it lagged behind bank-owned rivals such as RBC Capital Markets, TD Securities and CIBC Capital Markets. The plan to go after mandates from bigger companies emerged around October 2015, Blanchard said.

To get that business, National Bank will probably have to lend money at more favorable terms than larger competitors, John Aiken, a Barclays Plc analyst, said in an interview.

“If you lead with your balance sheet, you get through the door and are able to talk to the CFOs, ” Aiken said. “Then you’re able to demonstrate what you bring to the table and, hopefully, get that next investment-banking mandate."

The larger banks are unlikely to roll over, he said.

“The issue will be the competitive response and whether or not they get forced out by some of the traditional players, ” Aiken said. “As long as they commit and don’t waver, I give them a pretty good chance of being successful.”

Blanchard, 41, sees a chance to steal market share on Canadian transactions. He views Royal Bank of Canada and Bank of Montreal as being more focused on their U.S. investment-banking operations, with Scotiabank more dedicated to Latin America and Toronto-Dominion concentrating on retail banking.

“Our focus is Canada, ” Blanchard said.

National Bank’s push has shown early success, with 2016 being among its best years for deal-making. The firm advised on 27 acquisitions valued at $12.4 billion, with more than half that amount from three deals involving Quebec long-standing client Alimentation Couche-Tard Inc., and arranged C$2.51 billion of stock sales - double that of six years earlier.

“I know that deal-by-deal, when we look at it, we’re moving in the right direction, ” Blanchard said. "At least we’re not falling back, and we see that there’s good traction out there."

The firm hired about 10 investment bankers in 2016 and plans to add a similar number this year, he said. Complicating recruitment efforts is National Bank’s policy banning employees from trading securities of individual companies in personal accounts, a prohibition that’s unique among its rivals.