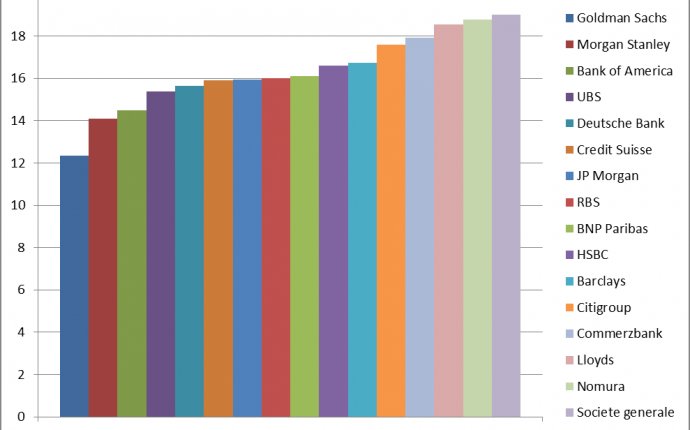 Barclays Plc is planning to raise pay for junior investment bankers as the bank seeks to retain talent, said two people with knowledge of the matter.

Some Barclays junior employees are set to receive an increase of 20 percent to 40 percent in salary and bonuses, said two people familiar with the plans, who asked not to be identified because the move isn’t public. The decision has prompted mid-level employees to express their unhappiness about the shrinking compensation gap with their juniors, they said.

European lenders are seeking to attract more junior bankers to an industry that’s been hurt by scandals tied to misconduct, with regulators increasing scrutiny and banning bonuses of more than twice fixed pay across the region. In the U.S., banks have been cutting work hours and improving conditions to stem a loss of talent to the less-regulated private-equity and hedge-fund industries.

“It’s no surprise to see that banks are having to raise compensation particularly for their juniors and graduates, ” said John Purcell, managing director of London-based executive search firm Purcell & Co. “Given the hammering the reputation of banking has taken in the last few years, ” it “no longer has the automatic ‘career of choice’ status it once enjoyed among ambitious graduates, ” he said.

Barclays managing directors were told on a global call last week the move was necessary to stem the flow of younger employees leaving, the people said. An associate-level banker at Barclays earned about 105, 665 pounds ($160, 970) in total compensation in 2014, or slightly less than that of competitor banks, according to estimates from salary benchmarking website Emolument.com.

Managing directors were also informed that their bonuses will be deferred for three years, they said. The bank’s bonus pool is expected to shrink, according to a separate person familiar with the matter.

Juniors on the corporate-finance desk at Paris-based BNP Paribas SA may receive at least 10 percent more in salaries and a bonus increase of 5 percent, with the bonus pool down from the previous year, another person with knowledge of the matter said. The bump for juniors has also led to friction with some mid-level bankers, the person said.

A spokesman for BNP Paribas in London declined to comment on pay or the size of the bonus pool.

Goldman Sachs Group Inc., JPMorgan Chase & Co. and Bank of America Corp. were all looking to raise salaries by at least 20 percent for 2015, people familiar with the matter have said.

“Many banking teams have struggled to retain and recruit junior bankers, ” said Thomas Drewry, co-founder and chief executive officer of Emolument.com. “Private-equity and venture-capital firms have aggressively been targeting well-trained associates and vice presidents, who have been highly responsive to their offers now that the shine of a career in banking has rubbed off.”