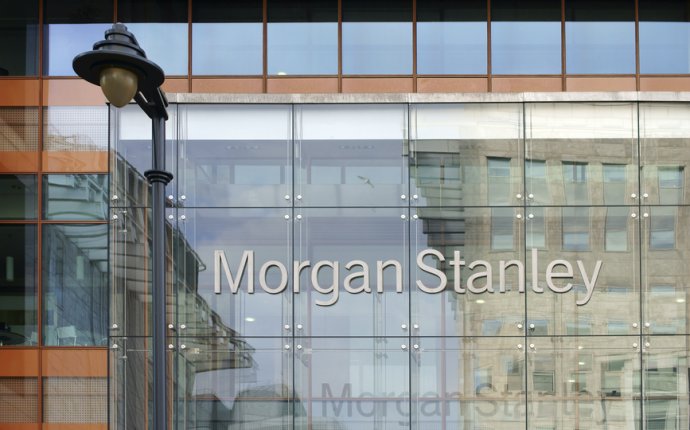 He got in touch offering insights into "compliance" in financial firms as well as into "algorithmic trading". A philosophy as well as business school graduate, he worked in compliance for seven years in a bank and then a brokerage before switching to academia, with interests in the anthropology of finance. He is a modest yet self-assured man in his early 30s, from continental Europe. He orders a coffee. Please go to leave a comment to which the interviewee will respond.

"A practical example. Three weeks into my job as compliance officer on the trading floor I am sitting at my desk. My three senior colleagues are in a meeting somewhere, I am manning the compliance desk on my own. It is 4.28pm Paris time, two minutes before the market closes. A program trader comes up to me and says a client of his wants to make a trade that is four times the size of all trades on the Irish market's index that day taken together. That's huge, obviously, and could very much look like market manipulation, so close to market-close, from a compliance/market supervisor's perspective.

"That's compliance for you. I had to tell the trader what to do, and my timeframe was two minutes. Oh, and I was still in my trial period, when you really don't want to make mistakes. So I tried to build an argument, and checked the boxes: was the client aware of the size of the order? Yes, confirmed the trader meaning he had done his 'duty of advice'. Was that conversation on a recorded line, for the event of an inquiry by the regulator? It was, said the trader. Then go on, I said because what reason could I give not to?

"While we were speaking it turned out that an equally big 'opposite trade' order came in, from another big fund manager. It transpired that they wanted to swap a very large volume of shares with one another, I believe for accounting reasons. It would be like you and me wanting to swap euros for pounds. We could do it directly, but then we have to agree on an exchange rate and there's no paper trail. The alternative is to swap through an official market.

"This was what the two big fund managers were doing, all completely legitimate and above board. Compliance in finance is often like this. Incomplete information under time pressure, with concerns often not becoming problems.

"My impression was that regulators were not always alive to how things work in practice. The ones I dealt with were often economists, essentially philosophers who had learned to build models. When you talk about practice to them, what they think of is statistics.

"You know when you fly to the US and they give you this ridiculous piece of green paper where you have to confirm you're not a terrorist? And you know it's only so that they are able to show you were lying if you actually turn out to be one? That's how regulation is seen; box tickers.

"It works differently on different trading floors. For instance, some companies might be happy to put compliance in a separate office. When I still was a trainee, I used to work for such a company in the City. I remember the first time my compliance boss took me to the trading floor. He opened the door and immediately a trader shouted: 'Compliance on deck.' The room just went dead quiet, instantly. Walking up to the door we had heard all the chatting and shouting. Now: silence.

"Compliance is an ambivalent function. On the one hand you are seen as the regulators' ally inside the investment firm; overseeing the implementation of their regulation. On the other hand, you are paid by the investment firm and part of their culture and hierarchy. You might say 'front office' (traders making the money) looks at compliance the way compliance in turn looks at the regulators.

At one point one of our analysts had written an investors' note on a share that got caught up in a case of insider trading. The regulator wanted to speak to our analyst. It was my job then to prepare him. I sat him in a dark room with a lamp on his face, in a manner of speaking, and ask him all the questions likely to be put to him later, let him repeat his story until it checked out.

"I was working for the bank for four years, then for the brokerage for three years. Working in compliance in a bank and a brokerage has been excellent preparation for a career in academia. Writing my PhD dissertation about the activity, trying to put experience into perspective is both challenging and rewarding. You'd be surprised how many finance professors have never worked in the kind of bank or organisations that they teach about. To me it would be like speaking a language without ever having visited the country where it's spoken.

"On to the algorithmic or high frequency trading (HFT). First of all, what follows here is a brokerage perspective.

"Normally clients call their trader with an order, and traders go into the market to get the best possible price for their client. With algo-trading, traders feed their client's order into their computer which executes the trade. What this means is that the computer decides when actually to buy or sell, then doing it faster than any human being ever could. Also, it makes no mistakes.

"Trading happens so fast you can't have a box asking 'are you sure you want to buy X thousand of Y?'. You get 'fat finger syndrome', when a trader makes a mistake and buys the wrong amount, or sells rather than buys, or vice versa. That can be very expensive.

"There is algo/HFT by hedge funds and 'prop' traders, where an algorithm acts not only decides when to buy or sell, but also what to buy and sell. Then there's what I was exposed to, high frequency trading for flow purposes – a boring activity, from a prop trader's perspective.

"The effect of HFT on the trading floor is fascinating. You can't see the HFT programme, as it is embedded in the computers. So you notice it negatively, when traders complain because something isn't working. And you notice it when you're watching the order book on a screen, and you see movement when the programme buys or sells.

"It's when there's a panic that you really realise just how strange and evanescent these programmes are. How do we access them? In the last resort people can actually rip out the cable from the computer. I've seen that happen, but it seems ridiculously primitive in such technological environments.

"No human being could ever do what computers now do with high frequency trading. No human being can see what HFT does. We can only see it afterwards, when it already has made its impact. This raises important questions for regulators. HFT is very difficult to corset, to manage. Regulators will probably never have the manpower to monitor all the data, to follow all transactions. So a significant portion is delegated to innovative technology. Many people I have interviewed are genuinely concerned over this.

"Finance gets more and more intertwined with maths. If you look at leading publishers in the field such as Springer Verlag, 20 years ago they mostly put out collections of pure mathematics. These days it's all applied, and applied to finance. Back in the days maths was for nerds. Now you do maths and you can be rich. I come across personal ads for math wizards with coding skills ('IT quants') with base pay of €1m, and another million in guaranteed bonus. They are not ashamed to advertise that.