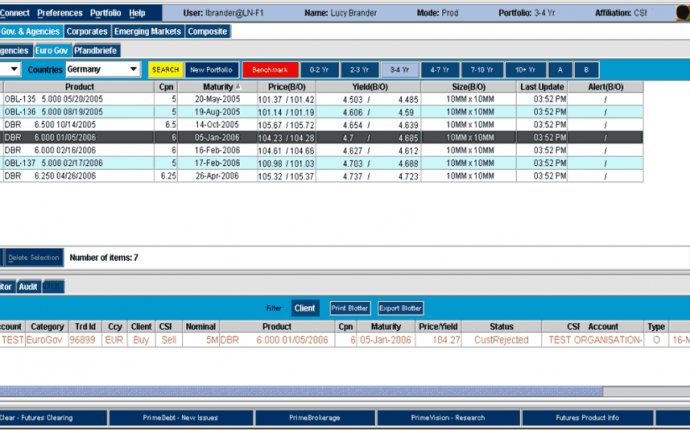 While Wall Street may seem to be the heart of the world’s financial engine, there are many excellent investment banks to work for abroad.

Europe is home to a number of large, top-tier firms that are worth considering in any job search. Ivy Exec has compiled our list of the top banks to work for that are headquartered in Europe.

Ranked #10 on our Ivy Exec list of top, large investment banks to work for, BNP Paribas scored high marks for prestige and culture. Unlike some of its U.S.-based counterparts, employees at BNP Paribas mostly work between 40 and 60 hours each week with only a small minority working longer. Employees could also expect around four weeks of vacation each year and a bonus that approached 40% of their salaries.

However, for those who are not based in Paris, some employees cautioned that the culture at BNP Paribas would not be quite as welcoming.

“As a foreign bank, management was highly centralized, ” a former senior vice president told Ivy Exec. “Senior managers in Paris had to be called upon for most decisions…[at] a detriment to efficiency and client needs. The New York bank, a profitable operation for the bank, should have more autonomy.”

Time and again, many reviewers echoed this sentiment that management decisions were centered around the Paris office—some even referred to an inability to advance as a non-French employee as hitting the “French ceiling.”

Others, however, praised the corporate culture and mission.

“[BNP Paribas is a] leader in Europe and among the leaders in the world, ” a current vice president told Ivy Exec. “[The company is] very resilient with tremendous capabilities to face clients’ needs as well as adverse events.”

Ranked #13 on our Ivy Exec list of top, large investment banks to work for, Credit Suisse has a massive, global reach. With 46, 000 employees working in more than 50 countries around the world, the company’s footprint extends far beyond the Swiss Alps.

Employees had strong praise for the company’s maternity and paternity leave program. They could also expect an average of about three-and-a-half weeks of vacation every year.

In terms of culture, several employees told Ivy Exec that the work can be intellectually stimulating and challenging but noted that managers within the firm can be “territorial” and unwilling to take criticism or dissent in the ranks. At the same time, other employees noted that the company’s culture was constantly changing and the turnover rate was high, particularly among managers.

“Professional growth opportunities are there for everyone who will seize them and demonstrate competence, but until its top level of senior management stabilizes and can stick to a comprehensive vision for the firm, long-term job retention or promotion within the firm is somewhat shaky, ” a former vice president said.

“Continual restructuring, department realignment [and] reorganization across much of the bank [make] short and long term career uncertainty too high, ” another former vice president said. “The tone from the top seems to be shifting frequently in response to the short-term market environment instead of long-term firm growth.”

Another Swiss powerhouse with some 60, 000 employees worldwide, UBS scored high marks on our ranking for quality of work and prestige. At #14 on our list of top, large investment banks to work for, UBS had some particularly positive comments from employees praising its corporate culture.

“Very open, collaborative environment: not a silo!” a former vice president told Ivy Exec. “[I] got to work with different divisions around the country and around the world.”

“Fabulous company culture. I made a ton of great lifelong friends, ” another former vice president said.

“You’ll be able to learn from some of the smartest financial people on the planet and able to contribute and hone your skill set, ” a senior vice president said.

At #16 on our list of top, large investment banks, Barclays scored high marks for prestige and more than 70% of employees said they feel proud to have the firm on their resume. But in their reviews provided to Ivy Exec, employees had mixed feelings.

In some cases, employees expressed concern that women were not adequately represented in the corporate leadership.

“If given the chance I would suggest equal pay, ” a current vice president said.

Others noted that despite the firm’s global reach, the best opportunities remain in London.

”If you want career growth, challenging opportunities, autonomy or advancement and you live in the U.S., do not work for Barclays, ” a former senior vice president said.

But reviewers also expressed that many of the current challenges at Barclays demonstrate that the company is in flux with a new CEO at the helm for less than a year—but that the firm could still recover.

“[Barclays needs] a stronger CEO who understands investment banking so that a more coherent strategy can be put in place and give a chance for talent to flourish, ” a former managing director told Ivy Exec.