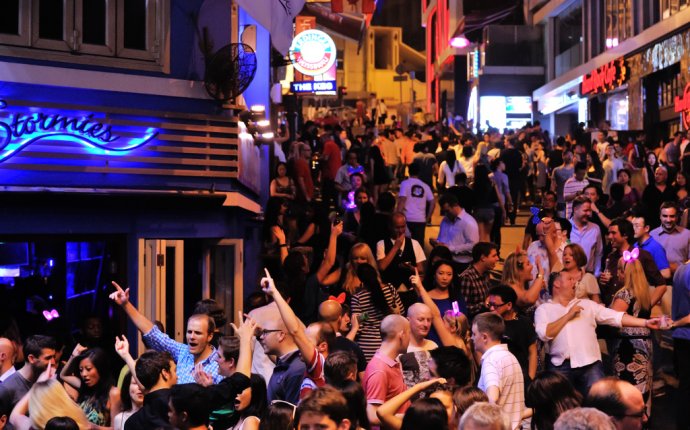 If you take a second to look at the demographics for this site (see: right image), it’s no wonder that there’s so much interest in Hong Kong.

We’ve featured a few interviews with readers who worked in other areas of finance there, but nothing specifically on investment banking – until today.

Continuing our recent trend of non-anonymous interviews, today we’ll be speaking with Michael Tanenbaum, who worked at the World Bank, JP Morgan in Hong Kong, and then started a very interesting service that you should sign up for right away if you’re at a non-target school and you want to break into finance.

Breaking In… as a Foreigner?

Q: Well, I guess everyone already knows your background, but let’s play this game anyway… how did you get into banking?

A: Sure. I went to Johns Hopkins and studied international Relations and Economics there – it was a great school, but not a target for banks, so I was at a big disadvantage for finance recruiting.

About then, I realized I wanted to work in finance and set my sights on investment banking.

Q: Right, but there’s a big difference between getting interested during this Master’s program and taking a few courses on China and then actually winning a full-time offer in Hong Kong.

How did you do it?

A: Two factors helped me the most:

And then there was the usual extensive networking and reaching out to alumni and anyone else I could find.

Q: Yeah, that seems to be the consensus.

What was your experience with the recruiting process in Hong Kong? Is it more similar to North America or Europe?

A: It was definitely less structured than what you see in those places – lots of big banks have very different structures in Asia, and they might organize groups around regional coverage rather than industry coverage, so “industry groups” may not exist in the same way.

I’ve seen people here go through 15+ interviews sometimes (one American friend who won an offer as a sales-trader in Tokyo had to do that), so the process can be more extended and random.

Resumes/CVs and interviews themselves are not that much different because they’ll ask the same types of questions, and they look for and value similar experience.

I think the alleged differences in interview mentality are overblown because most senior people in HK have had lots of exposure to Western countries anyway.

They will definitely test your language skills in interviews, so you can expect everything from interview questions in Mandarin to being asked to translate newspaper articles.

One common problem that I’ve seen among interviewees is that they’re too demure and humble in interviews.

They don’t really know how to talk themselves up and describe their strengths and accomplishments, which (not to be racist) is definitely a cultural thing.

Another difference is that you cannot get a job in Asia without being in Asia – so if you have your heart set on Hong Kong, find a way to make the trip happen. Use Airbnb, stay with a friend, live in a hostel, and network your butt off to make it happen.

If you say, “But it takes too much time / money!” that really just means “I’m not committed enough to find the job I really want.”

Since I was at a non-target school, networking was essential for me and I met the guy who would ultimately become my boss on a career trek that my school organized – we went out and visited Hong Kong and I stayed in touch with everyone I met there.

Q: Right, so it sounds like recruiting is more random and definitely requires in-person visits, but other than that the application process is similar.

What types of candidates are banks looking for there?

A: Most of the people in my analyst class were from US schools, and most of them were originally from mainland China or Hong Kong (or were ABCs) and had studied at top schools in the US.

Most front office jobs were similar: it was mostly people originally from China or HK who had attended the top schools in the US, UK, or Australia.

So yes, as one of the few non-Asians in my class I was definitely the exception!

Q: Yeah, I can see that. I want to circle back to one of the points you mentioned earlier, about networking in HK and how people say “it doesn’t work” to justify inaction.

Why is it effective despite what people often claim?

A: Yeah, I see this one a lot and always laugh when someone complains about it.

Reality check: Hong Kong is super-international and you actually stand a better chance networking with people there than in New York or London.

HK really only has 2 industries: trading (import/export) and finance.

And all the bankers and finance people hang out in the same places – even MDs and more senior people will be there.

So you can’t be afraid of going out and contacting people randomly.

They’re not stupid – an MD knows that a student calling him is looking for work, and some MDs will brush it off, some will be annoying or disparage you, and some will help you.

But you have to take it in stride and keep going until you find helpful contacts.

Now, in mainland China networking is a different beast and it mostly takes place over lots of binge drinking. And there are all sorts of other differences such as going through the right channels, not contacting more senior people at first, etc.