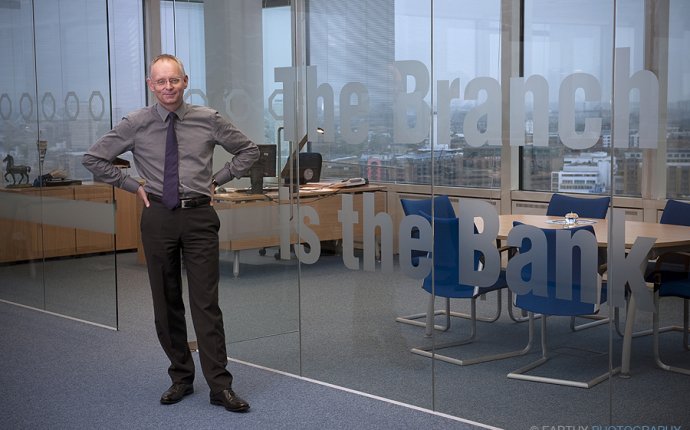 The Wells Fargo (NYSE:WFC) cross-selling fiasco has seen its reputation for conservative banking take a severe blow. The revelation that sham bank accounts and credit cards were created by employees trying to hit sales targets has also hit the share price:

Is Wells Fargo a disaster to invest in now? Of course not. The bank remains, in spite of this debacle, one of the largest by assets in the world, and the largest lender in the country. It remains hugely intertwined with the U.S. economy, and possesses a huge source of low-cost capital.

The scandal, which has led to a fine of $185 million, will tarnish the brand, which is one of Wells Fargo's key strengths. However, the whole matter is a short-term concern: long-term, Wells Fargo will remain on the scene for a long time to come.

Founded in 1871, Svenska Handelsbanken AB is a Swedish bank which serves private and corporate customers. Handelsbanken operates a decentralized model which caters to customers needs rather than pushing individual products. Among the services it provides are credit card issuing, financial company services, mortgage loans and private banking.

In addition, it also has Handelsbanken International, which uses its international business to support customers in the home markets (Sweden, Denmark, Finland, the Netherlands, Norway, and the UK) and its Finans's and Stadshypotek's operations outside Sweden. Capital Markets consists of Handelsbanken's investment bank and asset management operations, and includes insurance savings.

Svenska Handelsbanken has a market capitalization of SEK224.86 billion (approximately $26.33 billion), has a workforce of over 12, 000 employees working in more than twenty different countries, and is headquartered in Stockholm, Sweden.

Handelsbanken's competitive advantage has been summed up by Niels Kroner, author of 'A Blueprint For Better Banking, ' which argues that the Handelsbanken model is one that the rest of the banking world would be wise to learn from. His assessment, made during a 2009 interview, is worth quoting at length:

...Handelsbanken is quite a funny animal. They're very low-key in their public relations work - they don't do any big advertising campaigns. And because they don't do any big acquisitions, for instance, they're rarely in the news. And as a result, few people, particularly outside Sweden, have heard about them. And that's despite the fact that this is one of the top twenty banks in Europe and it's by far the bank that has had the best performance in the current financial crisis.

But it's also quite a funny animal because they do things quite differently. Here is a bank with a large investment banking that's remarkably stable and did not go through boom-and-bust cycles. Here is a bank that's profit-oriented but does not pay any bonuses, so the operating practices at Handelsbanken from those at other banks.

The above assessment still holds up today. It is the reason why Handelsbanken was able to get through the Great Recession of the late-2000s without any major impairment such as those which afflicted many of the world's major banks. Indeed, Handelsbanken's CAGR since 2007 was 15%.

Operating profits between 2009 and 2015 also illustrate how well Handelsbanken performed during the Great Recession:

The bank's profitability can also be gauged from their dividend record: Handelsbanken have been paying steady dividends since at least 1994, which is as far back as I can check the records. I do believe that their dividend history is much longer, but am unable to verify this at time of writing. Even so, a steady twenty-two year record of rewarding shareholders with dividends is impressive in its own right, and testifies to Handelsbanken's sustained profitability.

Handelsbanken is trading at a discount to the S&P 500's P/E ratio of 19.8, but not too far from its own five-year average P/E ratio of 13.1. Its five-year average dividend yield of 5.06% is higher than its current yield of 3.86%, but that said, this is a stock that is nonetheless offering a bargain price to any investor seeking to start a position.

Investors have the option of using the ADRs on the OTC markets, or investing directly on the Stockholm Stock Exchange, or STO. Handelsbanken was first traded on the Stockholm Exchange in 1873, and is now the oldest listed share on the STO.

On the STO, Handelsbanken has two classes of share: Class A shares, which trade under the ticker SHB.A; and Class B shares, which trade under the ticker SHB.B. The class distinction concerns voting rights: Class A shareholders receive one vote per share, while Class B shareholders receive one-tenth of one vote per share.

The ADRs are not mentioned on Handelsbanken's investor relations section on their website. This does not necessarily mean that they are illegitimate, but due to the lack of clear sponsorship on the part of the bank, I would be cautious about using them as a means of investing in Handelsbanken.