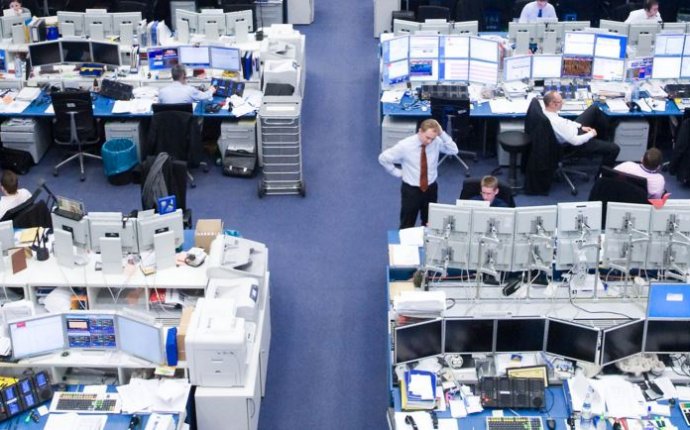 Maybe they aren't all that different since they are both in the field of finance, but they are different enough that lumping them together is amusing.

Time to choose. Which one will you choose: Investment Banking or Hedge Fund?

Still don't have an answer? That's OK. I just wanted to get your attention and point out what you are really saying when you say, “My goal is to get into IB or HF.”

That's what you are really saying. I get it, I really do. Investment bankers and hedge fund managers can make obscene amounts of money. Picking up the tab for bottle service for some of these guys is like the average person picking up a McDonald's value meal.

They are society's outliers and can do things in life that the average person only dreams about. The desire to make a lot of money is what brings some of the brightest minds in the world to finance.

Now that we've identified your true career goal (making money!), we need to spend some time discussing investment banking versus hedge funds so you can pick the career path that really is right for you. It's not a life-or-death decision, but you need the right information to make an informed decision.

The way I see it, there are three different career path choices to choose from when evaluating IB vs. HF:

I'll discuss the pros and cons of each on their own and then offer some information so you can choose the path that's best for you and your career goals (ahem, making money!).

The IB lifers are a rare breed indeed. I liken these IB lifers to law firm partners. A freshly minted law school grad has to put in ridiculous hours for many years to make it to partner of any prestigious law firm. There are no shortcuts. But once you are in as a partner, the payoff is highly lucrative.

The same thing occurs in investment banking. You toil away for years and years to one day make Managing Director. Only in IB, the payoff is even greater than the law student turned partner.

As an MD at a big bank you'll be able to start comparing your comp package to those of sports stars and rock stars. The math works, but you must be willing and able to make a sacrifice to get there.

IB with Exit Opportunity to HF

All of these items are beneficial and reduce the learning curve to becoming a hedge fund analyst. The quicker you get up to speed, the quicker you can start making the fund money with your investment ideas.

This path is just plain underused for those that want to manage money. Many students and job seekers seem to think the hedge fund world is off-limits to them until they have IB experience. This is not true.

While a lot of the very large hedge funds can sit back and pick off the best IB talent, most HFs are just looking for the best talent... wherever they are.

This creates an opportunity for you because many job seekers won't even seek HF jobs directly. With less competition, the door is open for you to jump to the buy side directly.

The Pros and Cons: Investment Banking vs. Hedge Funds

Now that we know a little about the different options, it's time to drill down and figure out what's best for you.

Compensation: Remember when we admitted our career goal was simply “to make a lot of money?” Rest assured, choosing either IB or HF is likely going to have a positive change on your bank account, but there are a few differences that you should be aware of.

Investment banking analysts typically make more money initially than hedge fund analysts. I can't really explain why investment bankers make so much money right out of college, it's always confounded me, but I can explain why you won't be making an IB salary right away at a hedge fund.

This compensation system affects your starting salary because it is extremely unlikely that you will be contributing to investment performance on Day 1. There is a learning curve, which means a hedge fund is not going to pay you like a seasoned stockpicker when you don't have a track record.

You can speed this learning process along by being better prepared ahead of time with your activities, including: financial modeling training, CFA program, investment clubs or academic tracks where you manage real money, and so on. The quicker you can get to the point where you are adding value to investment performance, the faster you will see your compensation rise.

Investment bankers will see their compensation rise simply by surviving the rigors of the IB program.

Once you gain more experience, IB and HF comp plans begin to diverge. Experienced bankers can make a lot of money, millions and even tens of millions of dollars for the true BSDs.

That's a lot of money.

Now, take a deep breath and sit back. You are many years, if not decades, of hard work and a lot of luck away from even contemplating a billion dollar year.

Hours: It's true that the average hedge fund analyst works less than the average investment banking analyst. Investment banking hours are brutal and they have the especially unique concept of “face time.” Face time is less prevalent these days, but you will still spend a lot of time in the office nonetheless.

Analysts at hedge funds typically work more reasonable hours. Your job revolves around the capital markets and the markets close. For most buy side jobs, the hours are typically in the 50-60 hour range. It's certainly not a 40-hour work week, but it's a lot more reasonable than 80 hours per week.

Of course, these are just averages. I once heard a story from an analyst that worked at a small startup hedge fund. They invested globally, but they ran everything out of the US because they didn't have enough money yet to hire dedicated global traders. I was amazed when he described a typical day at his hedge fund:

Get to work around 9AM on the East Coast, shortly before market opens. Spend the day analyzing companies, updating financial models, and all the other typical day-to-day buy side analyst work. Come early evening he would head down to a nearby hotel where he had a near permanent room to get a few hours of sleep. After a few hours of sleep he'd come back to the office for the open of the Asian markets, which was the middle of the night on the East Coast of the US. Then he'd trade the Asian markets based on orders given by the PMs during the day in the US. Finally, sometime early in the morning in the US, he'd go back to the hotel to shower and clean-up to be back in time for the US market open.

If he was a shift worker, he was working two shifts… EVERY DAY.

The hours are typically better on the buy side, but remember that sometimes average hours aren't always typical.