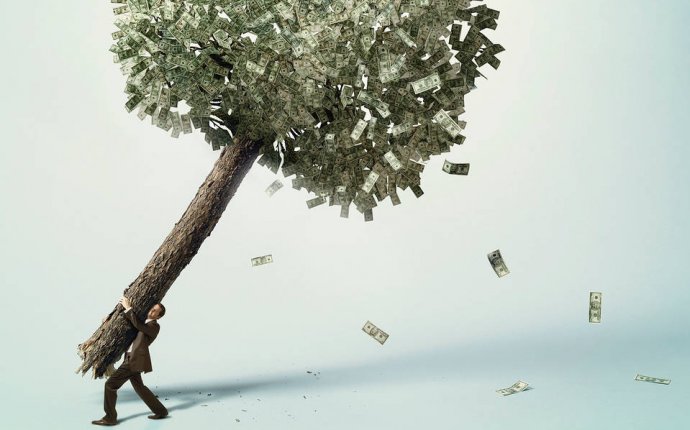 Schenck and Ritchie are tasked with striking a balance between stemming a loss of market share that accelerated last year and cutting 700 million euros ($742 million) of costs by 2018. That comes as the firm pivots away from hedge funds and other financial firms, pledging almost two-thirds of the unit’s balance sheet for corporations. In 2011, institutional clients accounted for about twice as much revenue as corporate customers.

“What John is saying is rather than be a bank who runs around after other banks and financial institutions, we’re in the biggest corporate market in Europe and we want to be a part of that, ” said Christopher Wheeler, an analyst in London with Atlantic Equities. “That does lead to steadier business.”

Cryan said the bank will invest in client-facing jobs, while eliminating back-office positions in the division. Investors and analysts raised concerns last month that efforts to cut costs and boost capital was undermining the trading unit. Revenue missed analysts’ estimates in the fourth quarter and the bank’s market share among its biggest rivals in both debt and equity trading dropped to the lowest since the financial crisis.

How to boost profitability at the markets business has proved a quandary for Cryan since he took the top job. Separating the business from the advisory and underwriting units and shrinking it was part of his initial overhaul announced in October 2015, titled Strategy 2020. It went into effect in the first quarter of last year. A number of his predecessor Anshu Jain’s top deputies - including Colin Fan and Michele Faissola - departed as part of the shakeup.

The latest move is aimed at getting more companies to be clients of all three of the investment banking, trading and transaction banking units. The firm said it would allocate 65 percent of the division’s risk-weighted assets to corporate clients, up from the current 55 percent.

The move marks a reversal from Deutsche Bank’s efforts to cater to hedge funds by growing its prime-brokerage unit. Cryan’s goal to group together customers is also a departure from his earlier strategy when he split the division “along client lines, ” according to an October 2015 presentation.

Keeping the two units together was “probably the right answer in the first place, ” Cryan said Sunday on a conference call with journalists. “We just didn’t know it at the time.”

More important than the structure of the unit is how Cryan intends to keep up with rivals in trading and investment banking, said David Hendler, an analyst with Viola Risk Advisors LLC. Deutsche Bank’s share of the bond-trading market fell to about 12 percent last year, the lowest since 2009, according to data from Bloomberg Intelligence. The lender was the ninth-ranked adviser on announced mergers and acquisitions in 2016, according to data compiled by Bloomberg.

“They’re trying to paint a picture of progress, but it doesn’t mean anything, ” said Hendler, who recommends investors sell Deutsche Bank bonds. “What’s their future? It still looks bleak.”

The bank said there have been positive signs from its trading business so far in 2017. Debt trading revenue was up more than 30 percent from a year earlier in the first two months of the year, while equities revenue was flat.

Schenck also was named one of two deputy CEOs for the firm Sunday, and will take on his investment bank role later this year as the board searches for his replacement as CFO. The 51-year-old joined Deutsche Bank two years ago from Goldman Sachs, where he was head of investment banking services for Europe, the Middle East and Africa. Schenck was previously CFO at the German utility E.ON from 2006 to 2013.

“Schenck is a man of discipline, which is what the investment bank needs, ” said Davide Serra, CEO of Algebris Investments, which owns more than 150 million euros of Deutsche Bank’s debt.

Ritchie, 48, joined Deutsche Bank in 1996, just as the lender was beginning to morph into an global investment banking behemoth. He was head of equities until taking over the trading division as part of Cryan’s first strategy overhaul.

Officials from the markets business make up the majority of the executive committee that will run the combined unit, according to an internal memo obtained by Bloomberg. They include Ritchie’s top deputies, including Ram Nayak, head of fixed-income, co-heads of credit John Pipilis and Chetankumar Shah, and Sam Wisnia, head of rates, the memo shows.

The most important market news of the day.

Get our markets daily newsletter.

The bank also identified about 20 billion euros of risk-weighted assets from the division that it will manage separately and run down over time. The firm said that pool of assets is reducing the unit’s return on equity by 2 percentage points, and it aims to shed 8 billion of the RWAs by 2020. The latest batch of unwanted securities is on top of almost 70 billion of risk-weighted assets Deutsche Bank moved from its investment bank to its so-called non-core unit in 2012.

Cryan acknowledged some bankers may question the quick reversal of a strategy announced less than two years ago.

“Some of this may prompt you to wonder: isn’t this a step backwards? Didn’t we already have that?” Cryan wrote in a letter to employees. “The right answer is, as you’ll see on closer inspection, that we have not simply revived old concepts. Without placing any self-imposed limits on our thinking, we selected the right structure for us to react quickly and firmly to the needs of our clients, given a dynamic market environment and new regulatory requirements.”