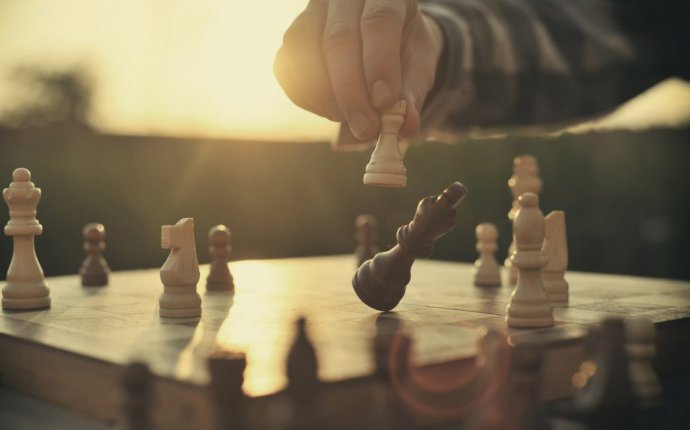 It’s one of the most common questions/complaints I get…

“All your advice is focused on people at top schools! What about the rest of us!”

“You assume that we have 4.0 GPAs in finance programs!”

“What do I do if I’ve been a door-to-door insurance salesman for the past 10 years?”

Never mind that advice on topics like applies to everyone – and that we’ve addressed how to get in from times before, with more coming up in the near future.

Today I’ll share a few stories from readers who work at banks and are responsible for interviewing potential new hires – and a story from one reader who recently did exactly what the title suggests:

He got into finance with poor grades, no finance experience, and did it coming from an unknown school.

Here’s how he did it…

What NOT to Do

Let’s start with a few stories from readers who are working in investment banking and interviewing potential intern and full-time hires.

Read each of these, and then do the exact opposite of what the person in the story did.

1. Potential New Hires at a Boutique: Back to the Basics

Here’s a portion of an email I received from an Associate at a boutique investment bank who has been interviewing potential interns recently:

“It seems unbelievable, but most of the resumes we got were poorly formatted and had typos. What are they thinking? Also, it was shocking to me how many people had no idea about basic business and accounting concepts like enterprise value and working capital. Even more shocking was how many students claimed their ignorance was understandable because their university did not have a business program.”

Lessons Learned: Go back to the basics. If your resume has typos and you can’t explain enterprise value, your chances are 0%. Investment banking is a hyper-competitive field that attracts Type-A personalities and overachiever workaholics.

But despite how competitive it is, it’s still worth remembering that the majority of applicants don’t even get the basics right… and at true regional boutiques, you run into even fewer interviewees who know their stuff 100%.

It goes back to one of my favorite points: .

2. The Guy Who Couldn’t Take No for an Answer: Avoid “Jack Bauer”-Style Networking

This story comes from a friend who works at a boutique outside the US. This was an in-person story, so I’ll quote my friend as accurately as possible:

“I had one guy who requested an informational meeting with me… so we met for coffee once. I could tell that he didn’t know that much, and during the meeting he was trying way too hard to impress me rather than just being himself. I told him we weren’t hiring anyone at the moment, but he kept pressing me for more meetings.

Within 2 weeks, he had emailed me about 5 times asking if I was free for more informational interviews. By the 5th email I basically stopped responding to him.”

Lessons Learned: Persistence is good… to a certain degree. You have to read your contacts and decide who likes you, who is open to further discussions, and who doesn’t want to have anything to do with you.

Remember, a is stealthy – but emailing someone 5 times in 2 weeks is the complete opposite. Rather than subtly extracting information from your target, you’re more like torturing a suspected terrorist to get information on the next attack.

Break into investment banking – like a pro. Dominate your cold calls, informational interviews, and weekend trips.

Subtlety comes with practice and there’s no quick-fix solution: the best advice is to get out there and start talking to people. If no one responds favorably, re-think your approach and ask your friends and anyone you’ve spoken with for honest feedback.

It’s probably too aggressive to contact someone more than once every few weeks unless you know him/her very well and have extremely specific questions.

A BIG part of going from is determining your “most valuable” contacts and acting accordingly.

3. The “Finance Expert”: Tell the Truth, the Whole Truth, and Nothing But the Truth

It’s tempting to claim that you have a ton of finance experience to stand out – and that temptation is especially strong if you don’t have top grades, a, or an Ivy League name on your resume.

But bankers can detect that type of deception instantly, and will always call you out on it – as in this story from a friend who just interviewed one candidate:

“Had a guy who told me he has ‘built financial models and performed relative valuation such as trading comps and transaction comps.’

I asked him to walk me through how he spread those comps… and then he just stumbled and started going off on a tangent for 5 minutes without actually answering the question. Not knowing is one thing, but his biggest mistake was lying about it.”