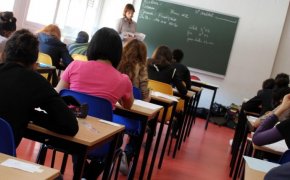 Multicultural education is an idea, an approach to school reform, and a movement for equity, social justice, and democracy. Specialists within multicultural education emphasize different components and cultural groups. However, a significant degree of consensus exists within the field regarding its major principles, concepts, and goals. A major goal of multicultural education is to restructure schools so that all students acquire the knowledge, attitudes, and skills needed to function in an ethnically and racially diverse nation and world. Multicultural education seeks to ensure educational equity for members of diverse racial, ethnic, cultural, and socioeconomic groups, and to facilitate their participation as critical and reflective citizens in an inclusive national civic culture.

Multicultural education tries to provide students with educational experiences that enable them to maintain commitments to their community cultures as well as acquire the knowledge, skills, and cultural capital needed to function in the national civic culture and community. Multicultural theorists view academic knowledge and skills as necessary but not sufficient for functioning in a diverse nation and world. They regard skills in democratic living and the ability to function effectively within and across diverse groups as essential goals of schooling.

Multicultural education is highly consistent with the ideals embodied in the U.S. Constitution, the Declaration of Independence, and the Bill of Rights. It seeks to extend the rights and privileges granted to the nation's founding elites–the ideals of freedom, equality, justice, and democracy–to all social, cultural and language groups. Multicultural education addresses deep and persistent social divisions across various groups, and seeks to create an inclusive and transformed mainstream society. Multicultural educators view cultural difference as a national strength and resource rather than as a problem to be overcome through assimilation.

Multicultural education emerged during the civil rights movement of the 1960s and 1970s. It grew out of the demands of ethnic groups for inclusion in the curricula of schools, colleges, and universities. Although multicultural education is an outgrowth of the ethnic studies movement of the 1960s, it has deep historical roots in the African-American ethnic studies movement that emerged in the late nineteenth and early twentieth centuries.

Carter G. Woodson–one of the leading scholars of the early ethnic studies movement–helped found the Association for the Study of Negro (now Afro-American) Life and History in 1915. The association played a key role in the production and dissemination of African-American historical scholarship. In addition to writing numerous scholarly works and editing the association's publications, Woodson initiated Negro History Week (now Black History Month) to focus attention in the nation's schools on the life and history of African Americans.

In 1922 Woodson published a college textbook, The Negro in Our History, which was used in many African-American schools and colleges. In response to public demand for classroom materials, he wrote an elementary textbook, Negro Makers of History, followed by The Story of the Negro Retold for senior high schools. Woodson also wrote, edited, and published African-American children's literature. In 1937 he began publication of The Negro History Bulletin, a monthly magazine for teachers and students featuring stories about exemplary teachers and curriculum projects, historical narratives, and biographical sketches.

When the ethnic studies movement was revived in the 1960s, African Americans and other marginalized ethnic groups refused assimilationist demands to renounce their cultural identity and heritage. They insisted that their lives and histories be included in the curriculum of schools, colleges, and universities. In challenging the dominant paradigms and concepts taught in the schools and colleges, multicultural educators sought to transform the Eurocentric perspective and incorporate multiple perspectives into the curriculum.

By the late 1980s multicultural theorists recognized that ethnic studies was insufficient to bring about school reforms capable of responding to the academic needs of students of color. They consequently shifted their focus from the mere inclusion of ethnic content to deep structural changes in schools. During these years, multicultural educators also expanded from a primary focus on ethnic groups of color to other group categories, such as social class, language and gender. Although conceptually distinct, the key social categories of multicultural education–race, class, gender, and culture–are interrelated. Multicultural theorists are concerned with how these social variables interact in identity formation, and about the consequences of multiple and contextual identities for teaching and learning.