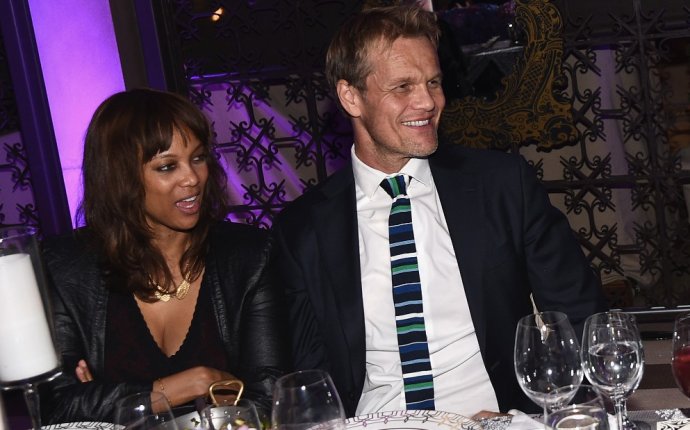 Updated Friday February 24, 9.51am: Tyra Banks has graduated from Harvard Business School, having completed its year-long Executive Education programme - a course in management, business and leadership. The supermodel officially matriculated on February 17, but tweeted photographs of herself on campus with her diploma and then on stage at her graduation ceremony yesterday.

Updated Tuesday March 15, 10.18am: Tyra Banks has revealed she has been studying an elite business programme at Harvard University for the past year.

"I get mixed reactions. There are little facial expressions, the chin goes back, like, 'Really?'" said Banks on CBS News. "In order for my company to grow and be the best, and to reach these women, and to serve them, I needed the best. So I went to the best."

The supermodel, actress, presenter and entrepreneur decided not to further her studies when she first finished school in order to pursue her career in fashion.

"The day that I put college on hold because I got discovered to go to Paris and try this whole modelling thing was one of the most difficult decisions of my entire life, " she said.

Banks is not the first model to return to university - she follows in the footsteps of Christy Turlington, who returned to education to study a Masters degree in public health at Columbia University. Lily Cole is currently studying History of Art at Cambridge. Banks says her studies have already impacted the way she runs her business.

"I think I could've leaned on all of my advisers. I have accountants, and lawyers, and this and investment bankers, " she says. "But I don't want to be that girl when I'm meeting with them, where I'm like, 'Uh-huh, great.' I now can say what's the net present value on that, what's the discounted cash flows of that, and that's because of Harvard."