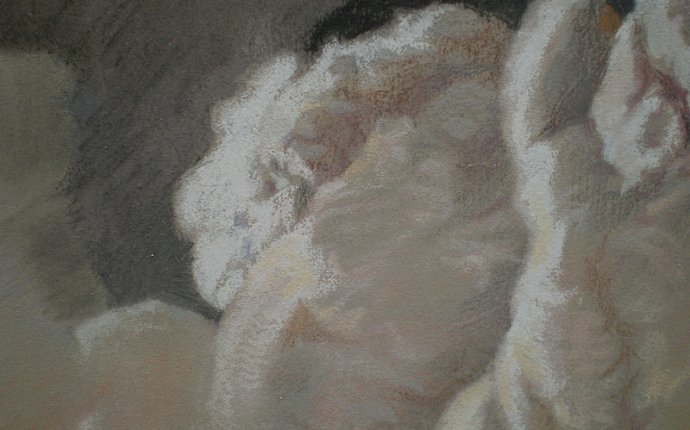 Many, if not most, professionals have tied their sense of worth and self image to their position, responsibilities, title and compensation level. Salary is often viewed as the value that an efficient marketplace assigns to one's work, and a high wage structure associated with an individual can exponentially inflate an ego. At least, that seems to be the tendency in the Information Age and in this era of globalization.

Back in the Industrial Age and during times when agriculture and farming were the usual way to earn a living, workers were often content to secure a decent wage or harvest in order to provide food on the table for their families. In times absent of welfare or social safety net programs, there was a sense of worth in being able to provide for those you cared about. To be sure, a tradition of gratefulness evolved in the laborer's ability to secure a sufficient livelihood.

Today, recruiting firms and human resources managers entice candidates to join their respective finance organizations. Investment banking has long held a high regard in Wall Street and in corporate finance, which recruiters impress upon applicants. The role's prestige, heavy duty hours and responsibilities, accord opportunities to pursue an MBA at outstanding business schools, or to pursue other career opportunities in private equity, the hedge fund industry or the Fortune 500. There is no denying that there is a chance to further elevate and enhance one's career down the road. Entry-level investment banking analysts have set high goals for themselves throughout their academic careers and undoubtedly continue to set their sights on aspirations as future managing directors, CFOs and CEOs.

But from a purely financial standpoint, which type of worker is really earning more? Let's make a simple comparison between John, an investment banker, and Bobby, an hourly worker at a fast food restaurant.

Bobby Burger Flipper
Bobby Burger Flipper, who started at a minimum wage of $7.25 per hour, has done a consistently good job at his fast food restaurant over the course of two years. Because he occasionally stays for night shifts, Bobby has been promoted to assistant store manager which raises his earnings to $11 an hour. Bobby received his GED high school diploma and has negligible debt mainly from personal expenses. Due to rising prices on a variety of consumables such as gasoline, and economic uncertainty, Bobby Burger Flipper has taken a second job, increasing the number of hours worked to 50 hours per week at the same hourly rate.

John the Banker
John the Banker is a freshly minted undergraduate degree holder. Because he went to an Ivy League institution, he has graduated with $100, 000 in debt. John joins a famous Wall Street investment bank and is assigned on a deal team that does large cap deals. As a first-year investment banking analyst, he makes $55, 000 a year at the firm's Miami office and is soon putting in about 100 hours per week.

Earning $55, 000 a year, at 100 hours per week, and in the unfortunate scenario of no bonus, John's hourly salary equates to $11. Additionally, John's student loan payments amount to over $300 a month. Bobby Burger Flipper, on the other hand, earns the same $11 an hour rate as John. While John enjoys the perception of being more successful than Bobby, he is actually earning less overall.

The value of John's education, and the debt he incurred in order to receive it, will no doubt come into play as John's career advances beyond entry-level. Bobby, on the other hand, may not have as far up to go. Then again, Bobby may advance to management of more than just his store and John may remain at a low-level job. The point is, the difference between them is nowhere near as much as is perceived.

Professionals and laborers have work preferences that come in all types and shapes. A CPA may be content quietly working 50-hour weeks at a Fortune 100 making $40 an hour. A newly-minted law school graduate may take an offer at a prestigious downtown law firm for $80, 000 a year. The CPA's job may not seem "high powered" to the recent graduate, but given that first-year graduates can work 75-hour weeks, the hourly rate translates to a little over $21 an hour for a 50-week year. That's less than what many car mechanics, plumbers, electricians and jail guards make.