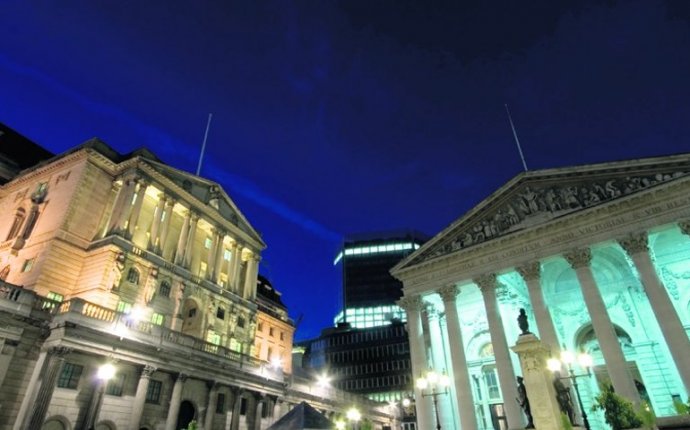 Increases in the Federal funds rate directly increase the yield on this cash, and the proceeds go directly to earnings. An analogous situation is when the price of oil rises for oil drillers. The benefit of higher interest rates is most notable for brokerages, commercial banks and regional banks.

These companies hold their customers' cash in accounts that pay out set interest rates below short-term rates. They profit off of the marginal difference between the yield they generate with this cash invested in short-term notes and the interest they pay out to customers. However, when rates rise, this spread increases with extra income going straight to earnings.

For example, a brokerage has $1 billion in customer accounts. This money earns 1% interest for customers, but the bank earns 2% on this money by investing it in short-term notes. Therefore, the bank is yielding $20 million on its customers' accounts but paying back $10 million to customers.

If the central bank brings up rates by 1%, and the federal funds rate rises from 2% to 3%, the bank will be yielding $30 million on customer accounts. Of course, the payout to customers will still be $10 million. This is a powerful effect. Whenever economic data or comments from central bank officials hint at rate hikes, these types of stocks begin to rally first.

Another indirect way in which interest rate hikes increase profitability for the banking sector is that the hikes tend to occur in environments in which economic growth is strong and bond yields are rising. In these conditions, consumer and business demands for loans spike, which also augments earnings for banks.

As interest rates rise, profitability on loans also increases, as there is a greater spread between the federal funds rate and the rate the bank charges its customers. The spread between long-term and short-term rates also expands during interest rate hikes, because long-term rates tend to rise faster than short-term rates. This has been true for every rate hike since the Federal Reserve was established early in the 20th century. It reflects the strong underlying conditions and inflationary pressures that tend to prompt an increase in interest rates. This is an optimal confluence of events for banks, as they borrow on a short-term basis and lend on a long-term basis.