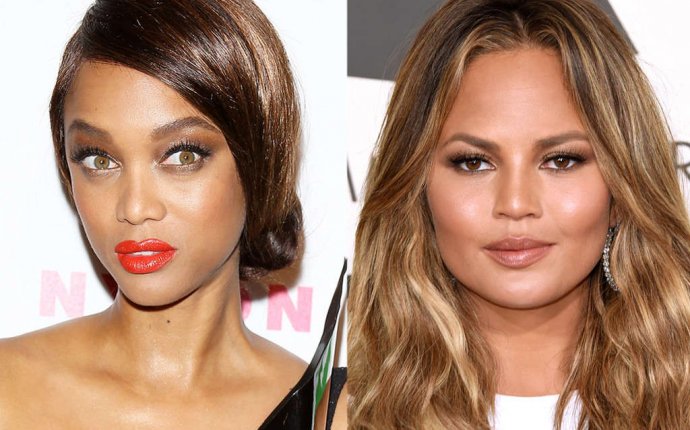 After 12 years as host of “America’s Next Top Model, ” Tyra Banks is taking her show from the catwalk to the classroom.

In May, the supermodel will co-teach a personal branding course at Stanford University’s Graduate School of Business. Ms. Banks will instruct MBA students on personal brand management through various media platforms, according to a course description. Allison Kluger, a Stanford management professor and former producer for "The View" and "Good Morning America, " will lecture alongside Banks.

The course, titled Project You: Building and Extending Your Personal Brand, has a cap of 25 – so if you’re a Stanford student, it’s going to take some determination to get a seat. And for those who do make the cut, Banks has promised to bring her on-screen toughness to the position.

“If I see somebody not paying attention, I’m gonna call on them, ” Banks told The Wall Street Journal.

What does Oprah Winfrey have in common with author Junot Diaz and former CIA chief Gen. David Petraeus? They’ve all taught college courses. In recent years, celebrity professorship has been on the rise. Musicians such as Steve Miller, Bun B, and Todd Rundgren have lectured in universities across the US. Nobel Peace Prize winner and Holocaust survivor Elie Wiesel lectured at Boston University and Chapman University before his death in 2016.

The partnership is a no-brainer, really. Academic positions give celebrities an air of legitimacy, and celebrity residencies make universities more attractive. Public figures, marred by scandal, can revitalize their career at an academic institution. Some writers choose to lecture simply for the healthcare benefits.

"The trend is more pronounced than ever, " Mitchell Moss, professor of urban policy and planning at NYU, told the Atlantic. "Higher education has not been a growth industry, with federal research cutbacks, and the number of college-age students down. Schools are seeking students overseas and yes, relying on non-tenure track faculty. There has been an effort to emulate sports franchises with its superstar culture, and law firms who bring in rainmakers."

But what about the students?

In some cases, celebrities actually make quite good professors. Former secretary of state Condoleezza Rice and ex-New York Times executive editor Jill Abramson are known for their thought-provoking lectures. Some students value the networking opportunities that come with high-profile instructors, such as journalist Bob Woodward.

But others feel that celebrity professors, who usually come with a high price tag, draw money away from scholarship programs and normal faculty. And others still would rather not take their chances on a celebrity.

“If professors aren’t engaged, the students certainly won’t be, ” said Nathaniel Meyerson, a student at Emory University, to the Atlantic. “It makes for boring lectures and underwhelming classroom discussion. It can be tempting to take celebrity professors’ classes, but you’re better off taking a class with someone who’s known for being a great teacher.”